As someone in the general public, most of us have no idea what the difference is in the fuel we use.  For the State of New York, it has become one of the most important conversations they have.  Starting in 2006, the federal Government started looking at the environmental side of fuel quality and emissions control due to high cancer levels and air quality.

More recently, following Hurricane Sandy, fuel and emergency planning has come more to the front of the line.  Hospitals and other important government buildings were not aware of the quality of fuel in their generators or fleets.  This caused thousands of people to be without power and in danger during one of the most devastating storms to hit the area.  It ended up being the 2nd costliest hurricane in the United States history.

Here is what Jim Balocki, chief, Interagency and International Services, Headquarters, U.S. Army Corps of Engineers, who deployed to New York City as part of the Army Corps’ Hurricane Sandy Recovery Mission said.  “Power is what people need immediately after a disaster because it means life,” said Balocki, who served as the Army Corps’ leader for Task Force Power. “It’s important to get power to such places as hospitals because people lives are on the line. People there are receiving critical care for illnesses and injuries that need the power to stay alive. Hospitals were also experiencing a surge of new people coming in because they were harmed during Sandy. We also provided power to facilities that are life sustaining so we can provide people the ability to shelter and care for their families and loved ones so they don’t require additional support from the state and federal government.”

While people were evacuated from hospitals, and new fuel had to be transported in to get the generators going, the plans were being formed to make sure this did not happen again.  There are now measures in place to ensure these buildings and fuel distributors have high standards placed on the fuel they store and use.  They now do random annual tests on 60% of the offices, hospitals and distribution centers all over the state.

As the Department of Agriculture says, “On rare occasion, gasoline and diesel fuel may gets contaminated. Water is the most common form of contamination observed in gasoline. Water may enter underground storage tanks from many sources, and it does not mix with gasoline. Water sinks to the bottom of the storage tank and may get pumped with the gasoline if the water levels get too high. Retailers are required to limit the water levels in the storage tank to prevent this.

On rare occasions, gasoline and diesel fuel may get mixed together in the distribution system. The resulting fuel may not suitable for use in either type of engine. It will not burn completely in a gasoline engine causing carbon deposits on pistons, cylinders, and valves. It will burn too quickly in a diesel engine causing the engine to race and may damage the engine with high heat.

These types of contamination usually affect performance within a short time after leaving the station. As soon as the fuel in the fuel lines gets used up, the contaminated fuel begins to do it’s damage.”

As the state has learned, it is extremely important for us to be testing and looking at the fuel stored in the tanks, generators and fuel systems.  We specialize in making sure these standards and regulations are met.  We maintain the focus on emergency planning and protecting businesses from un-necessary costs. 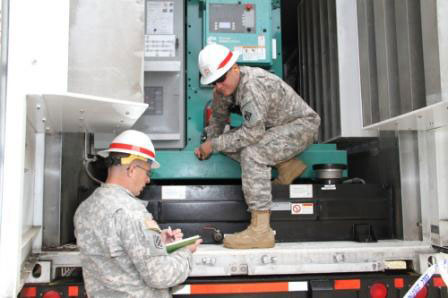